Automatic Drive is Mark’s first attempt to adapt one of his own screenplays into a short story. Set in 2025, the story follows a family on a road trip along the world’s first fully automated superhighway. Without warning, their vehicle suffers a catastrophic power failure and crashes. To the outside world, the accident appears minor but the reality is deadly serious. It is available to read on the Stories Page.

The script itself has done well at film festivals and competitions, reaching finals and receiving awards. It can be read on the Scripts Page. Mark is hoping the prose version is as successful and has entered it into the Singularity 50 contest. 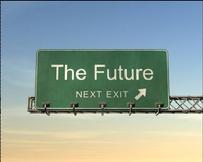