As part of the Dizzy Emu Publishing screenplay contest, one of Mark’s scripts, called Mr. Time, has been published on Amazon! 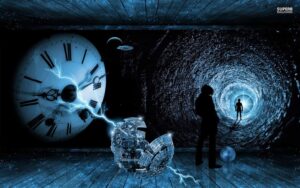 Mr. Time is a short screenplay about a university student who carries out an online social media experiment to find evidence of Time Travellers. Her investigation leads to a friendly old gentleman who confesses he travels though time. He does so via a wormhole he discovered under his kitchen sink and invites her to try it out for herself. Travelling back to the year 1928 she meets her idol, Charlie Chaplin, but events take a perilous turn when she takes a picture of him with her smartphone and the timeline takes steps to protect itself.

The competition rules stipulate all screenplays will be sold at the same fixed price for the first three months. A kindle edition can be purchased here, while a paperback edition can be found here.