A civilisation-destroying meteor, heading towards earth, is discovered by NASA. It’s terrifying, devastating and inevitable impact is announced from the White House. With only two hours left for humankind, what would happen? 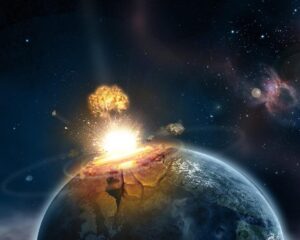 This is the setting for the Create50 initiative’s competition – The Impact:50. The aim is to write a two-page script (around two minutes of screen time) which tells a story set at some point during the last two hours of mankind’s existence. The competition will pick fifty scripts which will then be offered up for production to movie makers around the globe. The aim is to make a unique feature-film following a similar process they used in their hugely successfully 50 Kisses and 50 Moments competitions.

Over 2000 scripts were submitted for Impact, a huge amount to reduce to just 50 but the process has begun. Mark submitted three, all of which can be viewed on the scripts  scripts page. Two of his entries has been selected as a finalist! 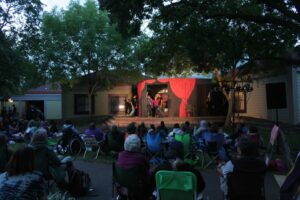 Armageddon Too – Deeper Impact focuses on a small suburban community. Rather than panic or flee in terror, they decide to face the end together. Family and friends gather on a neighbour’s lawn. They share drink, food and wave sparklers. There’s laughter, fierce hugs and hands held tightly. Then the show begins, as an amateur dramatic group known as the Cul-de-sac Kids put on their final play called ‘Armageddon Too – Deeper Impact.’ 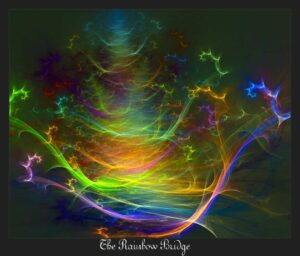 The Rainbow Bridge is also in the finals. Based partially on a conversation Mark had with his daughter, this tells the story of parents trying to console their child after the death of the family dog. This is set minutes after the asteroid has hit Earth so they know they will soon be joining their beloved pet.

The final fifty will be announced at the end of March(ish) and the organisers have stated that any script is still in with a chance.