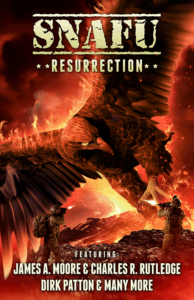 Not one, but two of Mark’s short stories have been published in separate anthologies. The first is an Edgar Allen Poe, Cthulhu Mythos inspired tale called Ragnarok. Set in modern times, it tells the tale of a special forces unit who are sent into a massive, creepy abandoned mansion after several police officers go missing. What they find is the beginning of a supernatural extinction level threat. Can they make it out and warn the rest of the world before it is too late? This story features in SNAFU: Resurrection published by Cohesion Press. It can be ordered via the links below. 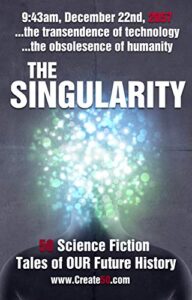 The second is a sci-fi short called Automatic Drive. Set in the not-too-distant future, it tales the tragic tale of a family on a road-trip. The corporate highway is fully automatic, nothing can possibly go wrong. So of course, it does. The impossible occurs, yet in the way it is handled, not only does it become apparent that such accidents happen more frequently then everyone is lead to believe, but special contingencies are in place to deal with them.

This has been published in The Singularity 50, by Create50. – A bold concept. 50 stories set over the next 50 years chronicling of the rise of Artificial Intelligence until it reaches a point known as The Singularity – when A.I. gains sentience. The book can be ordered on Amazon.