A new short film is in production! The Survivor is based on one of Mark’s scripts and he’s also serving as Executive Producer.

Set in the not too distant future, society has taken a turn for the worse. The air is so polluted it is unsafe to breathe outside. The financial system has collapsed and the US is split into different clans.

Billy is a teenage boy from the Outcast clan who’s trying to survive in this bleak world. His mother is sick and his abusive stepfather sends him out on a long, perilous trip for the most precious commodities on the planet – food and water.

On his journey to a distant trading shack, he encounters the hopeless dregs of society, crazed religious zealots and a law enforcement agency that is no longer interested in protecting or serving.

The Survivor is due to start filming in Milwaukee mid-March. 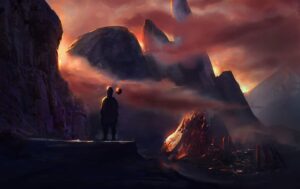